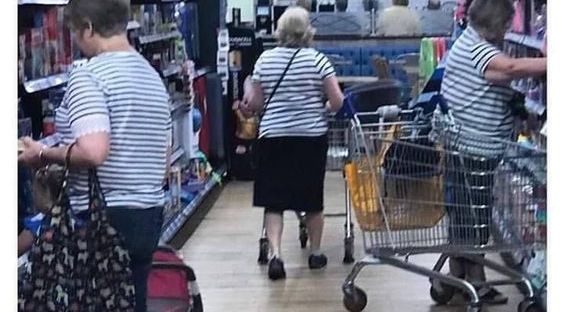 I babysit for my 5-year-old and 7-year-old grandsons on Tuesdays before and after school — let’s call them GS5 and GS7, to prevent my son and his wife from serving me with a protective order.

Last week, while I was doing dishes and the boys were eating bowls of sugary, colored marshmallow cereal (oh yeah, I’m that grandma), GS5 remarked to his older brother that one of his teachers always tells students to “sit down and shut up,” which, he said, was “mean and wooed.”

GS7, being two years wiser in the ways of the world, said, “Aw, forget it, she’s just a Karen.”

GS5 nodded in agreement and shook his head. “Why are there so many Karwins?”

Stunned, I turned from the sink and asked casually, “What is a Karen?”

“A person who talks to their manager and complains about everything,” GS7 replied.

“Don’t forget mean and wooed,” GS5 added, just in case anyone missed the extent of his disdain.

Wanting to see if they really understood the concept of a so-called Karen, I asked, “But surely some Karens are nice?”

“Some are,” GS7 explained, “But they change their name to Brittany or Nicole when they turn nice.”

(Editors’ note: I’d like to apologize to all of the Karens out there, especially my cousin’s wife and the waitress at the local diner who serves my up-until-now spitless breakfast every Wednesday morning. Karen is a fine name. However, the Janets of the world really need to get their shit together.)

A 5-Hour Energy mom/grandma who has never found shoes to match the bags under her eyes. View all posts by Vintage Chicks lol

1 thought on “With Apologies to Cousin Karen”

About this Vintage Chick

Vintage chicks, humor, old age, the art of non-parenting and how to break away from using the password: Password123.

The latest news on WordPress.com and the WordPress community.

Stuff That Needs To Be Said

laughter is the best medicine

Blogging About Psychotherapy from Chicago